Sort by:
For Sale

4 Bedroom House For Sale In Mitengo

1500 Sq mt Of Incomplete Property For Sale In Kanini

3 & 4 Bedroom Houses For Sale In Pamodzi

2 Bedroom Apartment For Rent In Chilanga

Perfect Kitchen Layouts To Consider For Your House 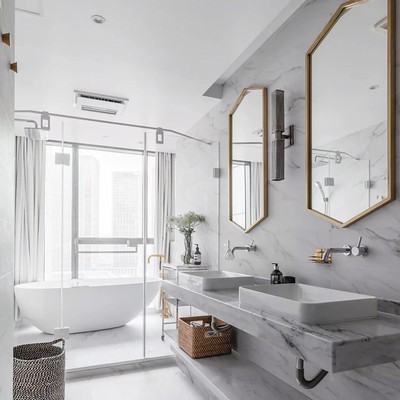 For comfort and relaxation, the bathroom...

If you are a homeowner and...

The City of Ndola

Ndola, which lies 320 kilometers from Lusaka,  is the capital of the Copperbelt province. This is the third largest city in Zambia and the gateway to Zambia’s copper rich region, the Copperbelt. As a result the city of Ndola has greatly established itself as a commercial and light industrial centre of considerable importance.

The European settlers established Ndola as the second oldest town . John Edward Stephenson founded Ndola in 1904 on the present day Ndola Golf Club, a mere six months after the establishment  of Livingstone.

The city of Ndola is located 1,300m above sea level and has a population of approximately 451,246. Ndola has a moderate humid subtropical climate hence the weather is characterised by hot and humid summers and mild winters.

In the first place, development in Ndola has mirrored Lusaka. Therefore rapid and extensive changes have been made in infrastructure, health, education, trade and the real estate sector. Consequently great opportunities exist in Ndola for the enterprising and brave. For this reason, Ndola as with Lusaka has seen it’s fair share of rural-urban migration.

Ndola Airport is one of the four international airports in Zambia. To this end the airport facilitates for domestic and international travel.

Additionally, there are tarred roads linking Ndola to Lusaka and Mufulira. Moreover there is a dual carriageway connecting Ndola to Kitwe.

Furthermore, Ndola is on the Zambia Railways line with passenger and freight services running between Kitwe and Livingstone via Kabwe and Lusaka.

Similarly to Lusaka, there are several tertiary and higher education institutions Since Ndola. These including;

To start with, the city of Ndola is also the place Zambia’s first ultra-modern and multi-purpose stadium (Levy Mwanawasa Stadium) is located. Additionally this is the home of one of Zambia’s most prominent and successful soccer clubs (Zesco United).

Next is the Copperbelt museum is a living museum situated in Ndola. Local mining and culture are the highlight of this establishment.

Then there is the Dag Hammarskjöld crash site whichis located 10km from Ndola. The crash site was added to the UNESCO World Heritage Tentative List. A plane crash killed Dag Hammarskjöld, the second and then-sitting Secretary General of the United Nations on this site. This fatal crash happened on the 17th of September 1961.

The slave tree is a historic site in downtown Ndola. Arab slave merchants used the tree’s shade as a meeting and trading place.

Finally, Zambia’s annual exhibition is a platform for local as well as foreign exhibitors to showcase their wares. This is the largest such event on the Zambian calendar.